A Brief Illustration of Regression analysis in Economics

The following regression exercise measures the original relationship between unemployment and real output, as established first by the economist Arthur Okun in the 1960s.

Arthur Okun was the chairman of the Council of Economic Advisors for President Kennedy during the early 1960s.  The U.S. economy was in the midst of a recession in the early 1960s after a long period of expansion following World War II. One of Okun’s main goals was to convince policy makers that the federal government needed to move to action and accept aggressive Keynesian demand management policies to foster growth. Okun zeroed in on the high cost of lower real output from higher unemployment to convince policy makers.

Based on quarterly data from 1947-1960, Okun found a strong linear and negative relationship between percentage changes in the unemployment rate and the percent change in real gross national product (GNP). In his original 1962 paper, Okun defined this as the first differences method, and he fitted the regression model using 55 quarterly observations from the second quarter of 1947 to the fourth quarter of 1960. As presented in his paper, the model is

The attractiveness of model was its relative simplicity (“more labor is typically required to produce more goods and services within an economy” (Knotek)), a strong correlation between the two variables with r = 0.79 and its use of accessible data for two key macroeconomic variables. According to the original regression model, a 1% real output growth in a given quarter was associated with a decrease in the unemployment rate of 0.30 percentage point in that quarter.

Let’s see if we can replicate Okun’s original findings using the data from the same historical period. Economic data is readily available to the public through various federal government databases, but economic data can go through many revisions. Therefore, it was important to find the data that Okun would have used in 1962. The unemployment data was found in the April 1960 and 1961 editions of the Survey of Current Business published by the Bureau of Labor Statistics. Real GNP output can go through many revisions and can change depending on the base year or chain-weighted measure.  The best source for the real GNP data was from the U.S. Bureau of Economic Analysis. The raw data is provided in the appendix.

An ordinary least squares regression was then run in the same manner as Okun back in 1962. Table 1 reports the results of the replicated model with a few more statistical measures reported:

The results from table 1 match up pretty closely to what Okun reported in 1962. Slight differences could be the result of rounding differences. Since unemployment is reported monthly, I also take the average unemployment percentage across the three quarters to arrive at a quarterly unemployment level and then take differences between the two averages. Both the intercept and change in real GNP coefficient are significant at the 0.00 significance level. It is also noted that the correlation coefficient (r) between the two variables is 0.76 which closely matches to Okun’s 0.79 level. The p-value from the F-test in table 1 is very close to 0 and reveals a statistically significant model fit to the data.

Okun also reversed the direction of model to determine an appropriate forecast for real output growth given a change in the unemployment rate. Solving for X in the original model estimate gives us the equation:

Therefore, according to these estimates, a one percentage point increase in the unemployment rate means closer to a 2% drop in real GNP versus an estimated 3.3% drop in output.
This will be discussed in more detail in a follow up analysis when Okun’s Law is estimated using current data. 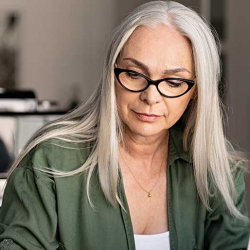